WELCOME to the documentary world of director Jeff M. Giordano!

For nearly 20 years, he has been creating films and interviewed over 130 people for independent productions.

If you care about the power of documentaries, please consider making a donation: paypal.com/pools/c/8fMh2c2mi0

Scroll down for the latest NEWS and thanks for visiting!

From May 15 – 17, Rain Taxi, an independent literary venue in Minneapolis is presenting our 70-minute documentary about blind poet/artist Charles Curtis Blackwell!! 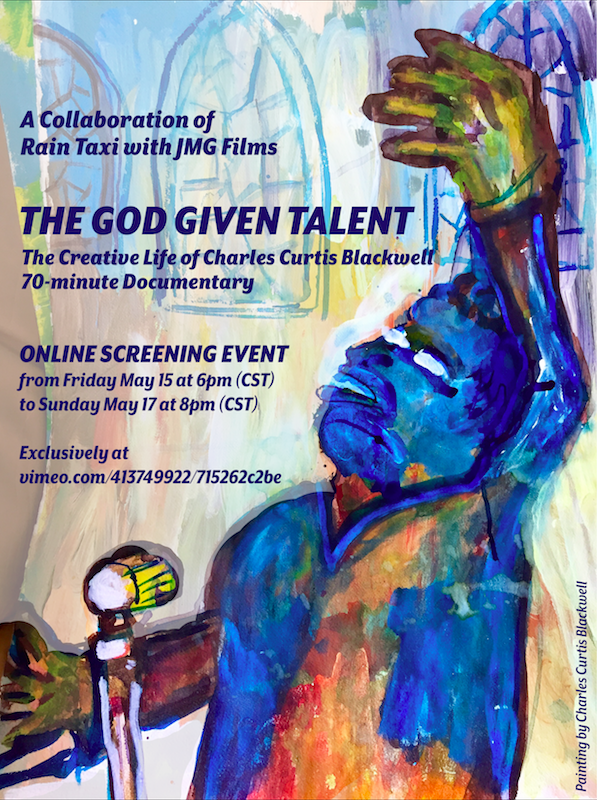 The God Given Talent: The Creative Life of Charles Curtis Blackwell (2019)

March 21, 2020
In response to the shelter-in-place, Jeff launched a bandcamp page for Charles Curtis Blackwell’s latest poetry (recording his poems over the phone) for two albums of spoken word poetry. If you can, please buy the albums and support! Individual poems cost $1 and each album is $5 (including bonus tracks 🙂

The First Cut is 85-minutes and visually supported by temporary imagery that are a diverse range of still photos from cinema history, which illustrate the themes and content of the participant’s voices. Even though the photos are temporary, they add an exciting layer to the project — deepening the imaginative possibilities for the Animation.

Contribute to the Online Fundraiser for the Animation & Post-Production costs of ROMANTIC CHORUS paypal.com/pools/c/8fMh2c2mi0

“PASSION IS THE MONEY” (Feature-Documentary: 2018)